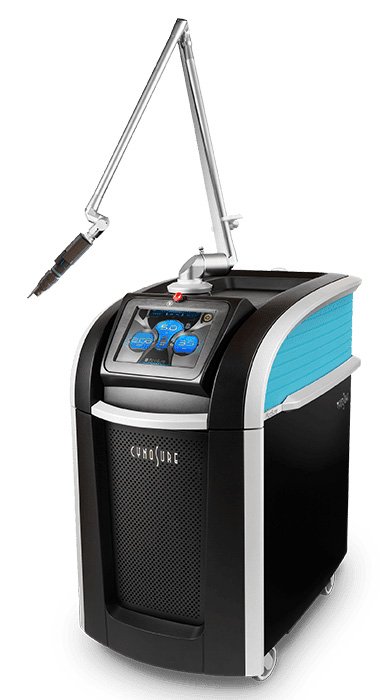 The youngest top-ranked badminton player in the world, Dai Tzu Ying is also the official ambassador of PicoSure in Taiwan.

I am also a firm believer in value-for-money. My own consumer philosophy is that I do not mind to pay more if I know I’m getting a product with results and no side effects, and the service rendered is top notch. Therefore, I vowed to translate this philosophy to all my patients.

Let us find out what PicoSure is compared to other pico-lasers in the market.

Their research and innovation discovered that 755nm is even better than 532nm or 1064nm at removing tattoos and pigments! Cynosure was similar to Medlite and Revlite in the world of medical pigmentation treatment, they could have easily rested on their laurels and not spent any further funds on research, and just keep reaping the benefits of their original Q-switch Nd:Yag Medlite and Revlite. But what did they do? They invented the first commercial Picosecond 755nm Alexandrite laser (which is a super risky investment if this new technology didn’t deliver!)

The cost of PicoSure Pico Laser in Singapore starts from $380.