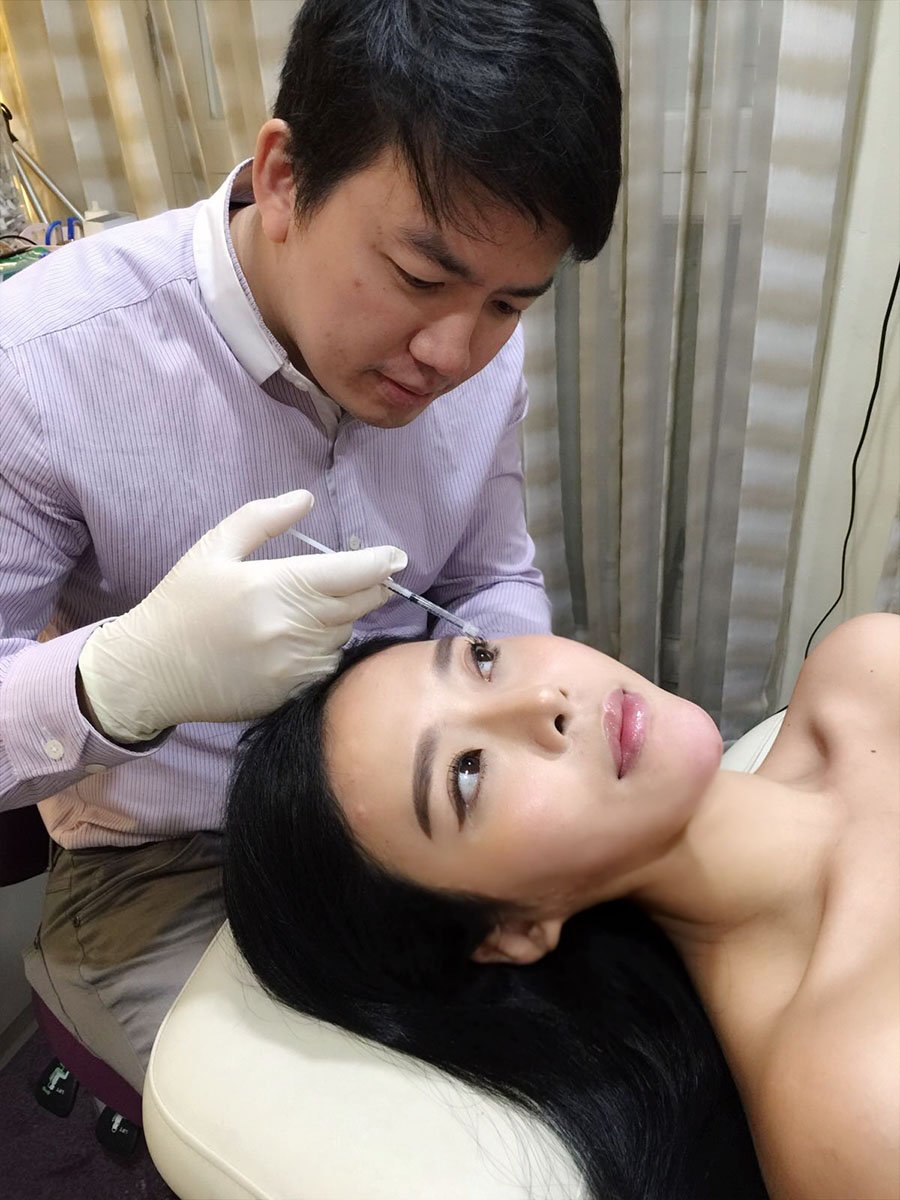 Have you ever been so busy with work, family and other commitments that you have forgotten about an important party / social event, and remembered it only the day/ a few days before? Then, you want to look good for it but fillers, threadlifts and energy devices like Thermage or Ulthera has some downtime?

This is a common scenario I face a lot – and I have had to turn patients away until I was imparted the skill of the Dysport Dermalift from Dr Lee Young Seob!

What is this Dysport Dermalift about?

The Dysport Dermalift (or Dermolift) was originally invented by Dr Lee Young Seob of Seoul, South Korea. He is a renowned plastic surgeon in the plastic surgery capital of the world.

This special method of using Dysport came about when Dr Lee Young Seob was trying to avoid causing the stiff, expressionless faces that were common with traditional intra-muscular Botox injections (his clientele involved a lot of Korea / Hongkong / China celebrities who needed to look good and yet still be able to make facial expressions for work). Many of them had lost their jobs because of the undiscerning usage of Botox by the doctors then (medical aesthetics was in its infancy) which resulted in shiny, expressionless faces.

Being a creative surgeon who wanted to do something for these suffering celebrities and actresses, he started experimenting with diluted Dysport injected into the skin cells, instead of the traditional way into the muscles. What happened next was amazing – not only was there a skin-tightening effect causing a facelift, there were immediate results noticed right after injection and which improved further in the next 7 – 14 days!

Ok, you’re getting me interested. What does the treatment entail?

It involves injecting Dysport into the intra-dermal layer (skin layer), which stimulates and re-organizes the cellular cytoskeleton of the skin cells, to bind to more elastin and collagen. It also stimulates the fibroblast cells in the skin to produce more collagen. Studies proving the efficacy and dosage has been done by a famous aesthetic dermatologist, Dr Rungshima of Siriraj University of Thailand.

The injection points are located just outside of the hairline, in front of the ears, at the jawline areas.

What should one expect from this treatment?

Right after injection, the Dermalift creates a skin-tightening and lifting effect. It is very apparent when comparing the treated and untreated sides of the face. Therefore, we are talking about a facelift with just a few injections of DYSPORT. The results improve and get even better in the next 7-14 days. The results then last for another 3-5 months.

It is very non-invasive, fast and yet effective, that is why many patients swear by it and come for regular dermalift injections every 3-4 months.

That is also why it is my patients’ favourite go-to party-ready facelift. Typically, they come by 2-7 days before their big red-carpet event or social event for an immediate facial SOS booster.

Which patients are the Dermalift suitable for?

Patients who are suitable include:

Where else are the Dermalift suitable for?

Other areas that can be tightened with the Dermalift include:

Where can I get the dermalift?

There are only a handful of doctors in Singapore who perform the Dermalift proficiently, it’s best to call up and ask before wasting consultation fees only to find out the doctor doesn’t perform the Dysport Dermalift. Or doesn’t get a good result with it.

(The trick is the dilution method, how to place the Dysport exactly intradermal, and the exact points of injection to create the lifting effect – without any of these elements, there would likely be no results)

Do take note that Dysport is the brand used to create this instant facelifting effect and the results may not be replicable with other brands of Botulinium Toxin A.